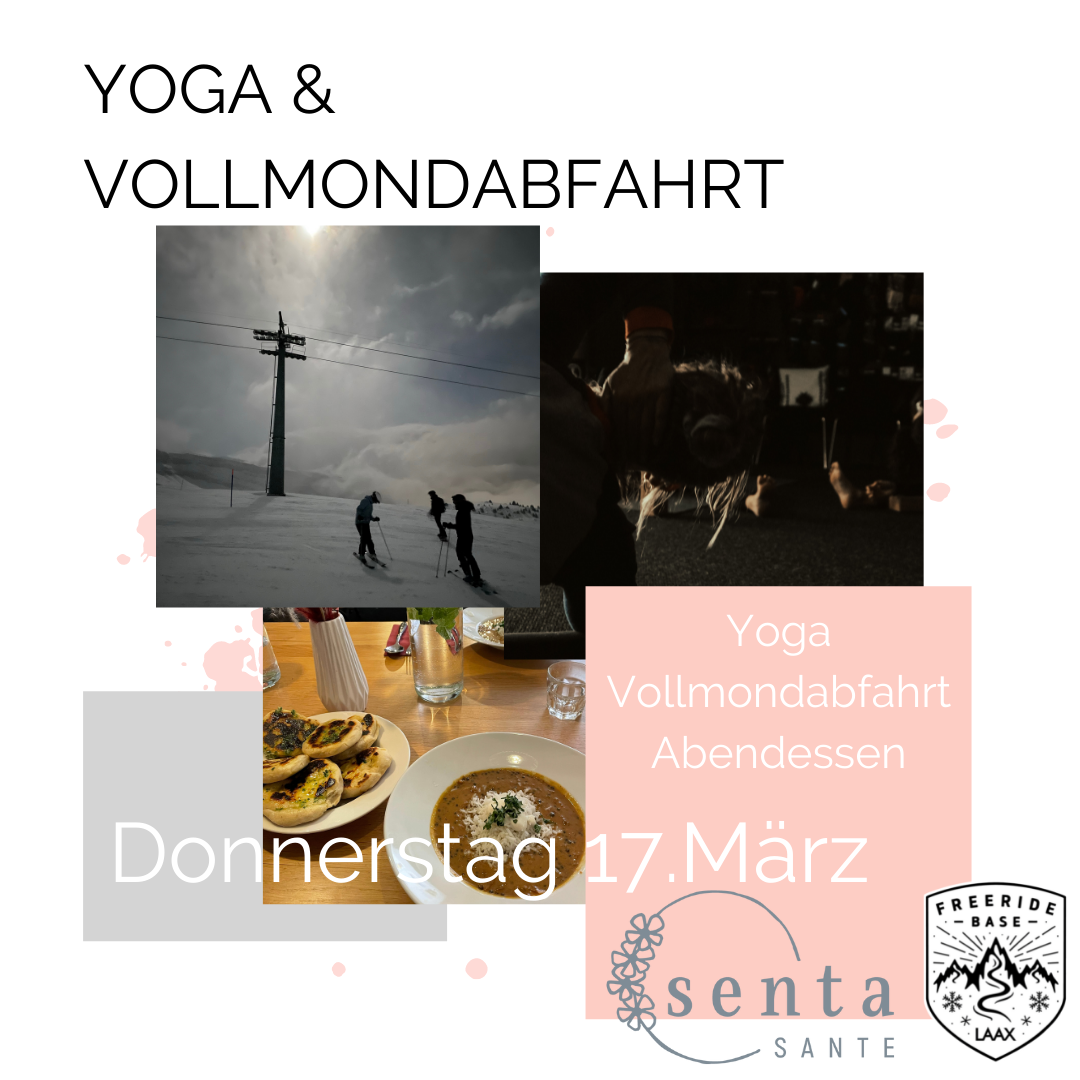 Yoga on the mountain and a ride down on skis oder snowboard to the valley with only the light of the fullmoon. First we are going to do a Yoga lesson, afterwards getting a fresh dinner from the Freeride Base in Nagens and then we enjoy the ride down to Flims.

Costs: CHF 75 including Yoga, dinner and the guided ride down.

You need to be a good skier or snowboarder, no yoga skills needed. apparently we can’t take hikers and beginners on ski oder snowboard.

Application via email freeridebase@laax.com or telephone.

Meeting point: Freeride Base Nagens, last ride up with Arena Express from Flims at 16:15, from Plaun at 16:30.